Invest in Malta – What You Should Know

Malta is a commercial hotspot that provides access to the European, North African and the Middle East markets. With the creation of the Venture Capital Malta scheme, foreign investors can now enjoy access to private equity funds to invest in Malta.

Malta, a member state of the European Union since 2004, has persistently tried to attract investors from overseas in an attempt to boost its economy. The country offers myriads of investment incentives to promote and foster foreign investment. Some of them include tax reduction and citizenship-by-investment schemes. Besides that, it provides highly-trained and skilled personnel, state-of-the-art infrastructure, and telecommunication systems. It has also established a governmental organization, Malta Enterprise, to handle anything related to direct investments in Malta. The country also offers other investment avenues such as hedge funds.

Malta has an elaborate legal structure for registration and authorization of collective investment schemes (CIS). Some of these include Professional Investment Funds (for investors who seek significant financial expertise and money), Alternative Investment Funds (AIFs), and UCITs. Foreign investors now have an option to establish group trusts and open- or closed-ended investment companies in the country.

Why Should You Invest in Malta?

There are numerous reasons why one would invest in Malta. Despite being one of the smallest countries in Europe and the world at large, Malta is among the most densely populated nations because it attracts myriads of foreign citizens. This movement of people is facilitated by the conducive residency programs that the country offers as well as the attractive business opportunities available. Besides the Business Promotion Act – provides different incentives to entrepreneurs, Malta also has other aspects that make foreign investors pick it over other EU member states.

Malta as a Hotspot for Foreign Investments

Over the past decades, Malta has witnessed a growing trend in Foreign Direct Investments (FDI) following its strict adherence to the EU and Council’s directives. This has brought a considerable advantage to foreign firms investing in the country.

Malta’s strategic location in Europe makes it a great trading center in the continent and beyond. It is a catchment for commercial activities that offer direct access to the European, the North African, and the Middle East markets.

Currently, the industries which promote FDI growth in Malta include the maritime, service, manufacturing, and financial sectors. However, in the past few years, other industries have also come to join the development thanks to the review of the Business Promotion Act. Such sectors include electronics, IT, pharmaceutical, and gaming industries, which are currently drawing in the most significant number of investors.

How Malta is Promoting Foreign Investments

The Maltese government has established an investment scheme known as Venture Capital Malta or VC-MT to persuade foreign businesspeople to come set up shop in the country. This insightful program was established with the help of organizations such as Malta Investment Management Co., Malta Enterprise, and finance providers in the private sector. The VC-MT will offer start-ups in Malta access to capital and growth funds through private equity or venture capital.

What is the Maltese Venture Capital all about?

The government established the Venture capital to help Maltese companies solicit funds from private venture capitalists and other investment-oriented organizations. This is an excellent way of helping companies that could not access loans the traditional way obtain start-up or growth capital. Today, startups can access money through private equity. However, the government will not offer support to VC-MT since the scheme seeks to attract foreign investors to Malta. According to the government, the VC-MT program has a high chance of success in helping companies mainly in the creative industry which currently do not benefit from similar support programs.

The Main Role Of The Venture Capital Malta

Being an EU member state, Malta avails several incentives for foreign investors. However, the government still felt the need to establish the VC-MT program to encourage the financial industry among the international players who would like to invest in EU. To ensure that Venture Capital Malta was promoted efficiently, the government launched it in large cities like London that are a magnet for serious investors. The government also hopes to make Malta a center for venture capital. In the past few years, Malta has rolled out numerous programs to provide aid to start-ups.

Venture Capital Malta is anchored on the European funding mechanisms that enable local companies to access foreign equity financing with ease. This will improve Malta’s standing and image in the international business community thus encouraging foreign companies to intensify their investments in Malta. Eventually, local entrepreneurs will enjoy a lucrative association with foreign sponsors.

Reasons To Invest In Malta 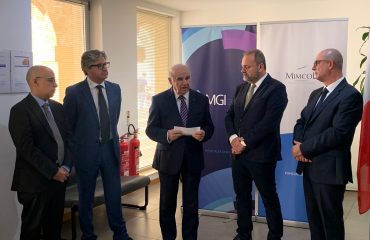